Ridgway passing through before the Children In Need Rickshaw

This year, the team of six young people together with The One Show’s Matt Baker, began their journey in Holyhead on Friday before travelling across Wales, crossing over into England in Oswestry on Sunday evening.

There were people lined up all along their route as they left Oswestry heading for Crewe, the children of St. Martins School were out to cheer them on along with another gathering outside Stans Superstore. 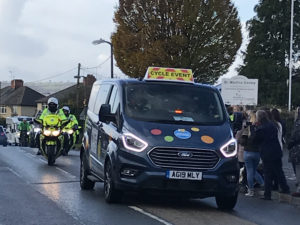 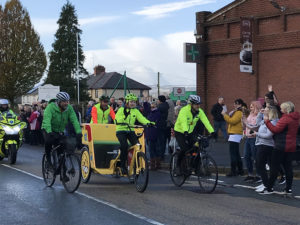 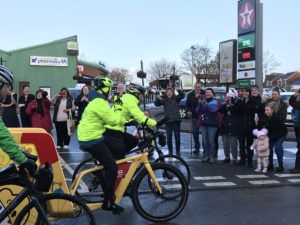 The challenge takes them on a 400 mile journey from Holyhead to Elstree, taking it in turns to ride the infamouse rickshaw and tackling many obstacles along the way, including the steepest street in the world in Harlech, Wales and the highest village in the Peak District!

Their journey will be shown on The One Show throughout the week and will see them cross the finishing line at the BBC Elstree Studios on Friday, November 15, during the BBC Children in Need Appeal Show. during a night of entertainment and fundraising with many famous faces.