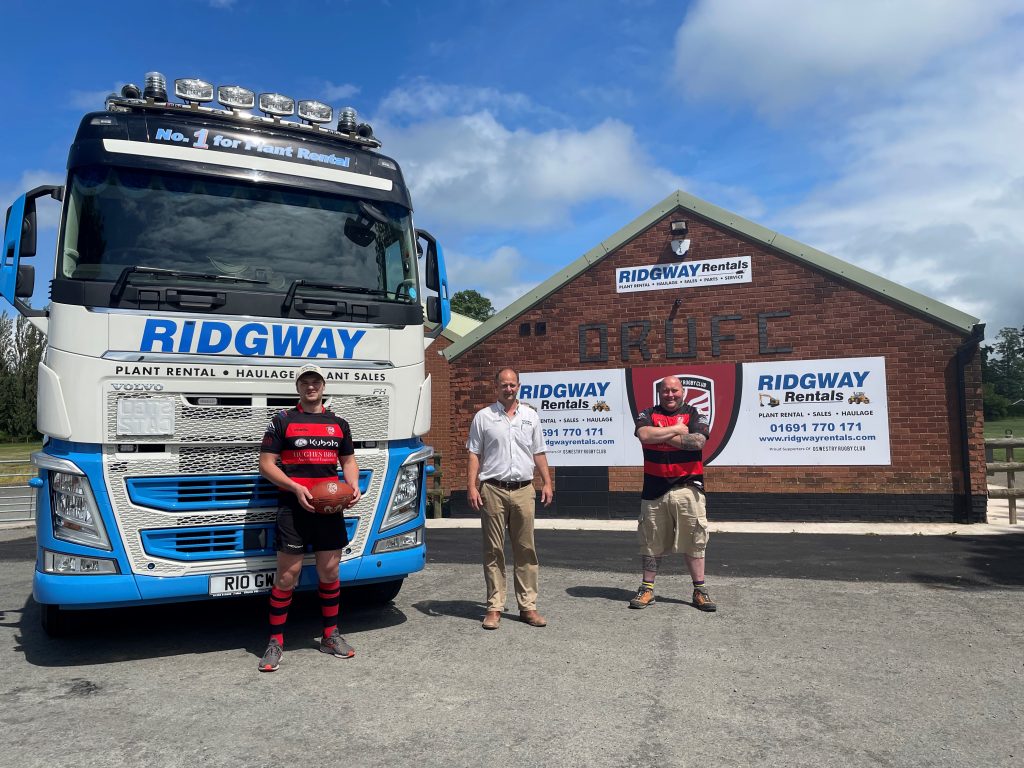 We supply construction equipment on a nationwide service: – From excavators, dump trucks, bulldozers to smaller mini diggers, dumpers and telehandlers.

Dan helps these machines get to any site UK wide on time.

Dan who plays back row says “It’s a challenging and rewarding job delivering large construction equipment across the country. One machine can be going to a major construction project like HS2, while the next phone call can be for a small digger going to a local farmer”

Dan has clearly made a good impression at Ridgway Rentals and has managed to convince us to sponsor Oswestry Rugby club.

Warren Howell the chairman of Oswestry rugby club said ‘’We greatly appreciate the support from Ridgway Rentals, especially in a time that has been so difficult for grassroots sport.

The club is moving into the Midlands 4 West league this year and with new sponsorship and a new coach we are hoping for a very successful year, both on and off the field with our RUCK OVER CANCER charity event supporting Breast Cancer UK and Prostate Cancer UK. later this year”

Oswestry Rugby Club is holding this event, based on the famous Ironman races, there will be two teams of 15 competing against each other swimming, running & cycling. This event is planned for Sunday the 19th of September 2021. 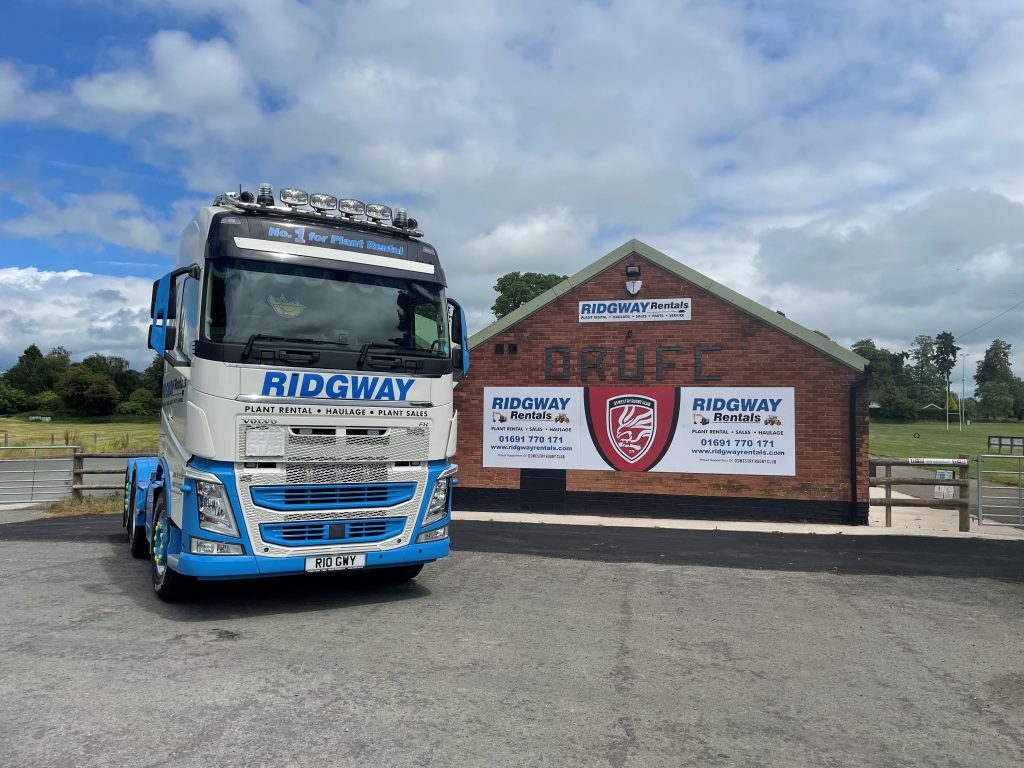 As well as arranging delivery of our machinery, Dan also assists with our nationwide plant transport service.

Our haulage fleet ranges from 7.5 ton rigids up to a 100 ton articulated lorries with a full variety of transport equipment, including low loaders, step frames and fully equipped escort vehicles. All our drivers are fully trained and we are FORS bronze accredited.