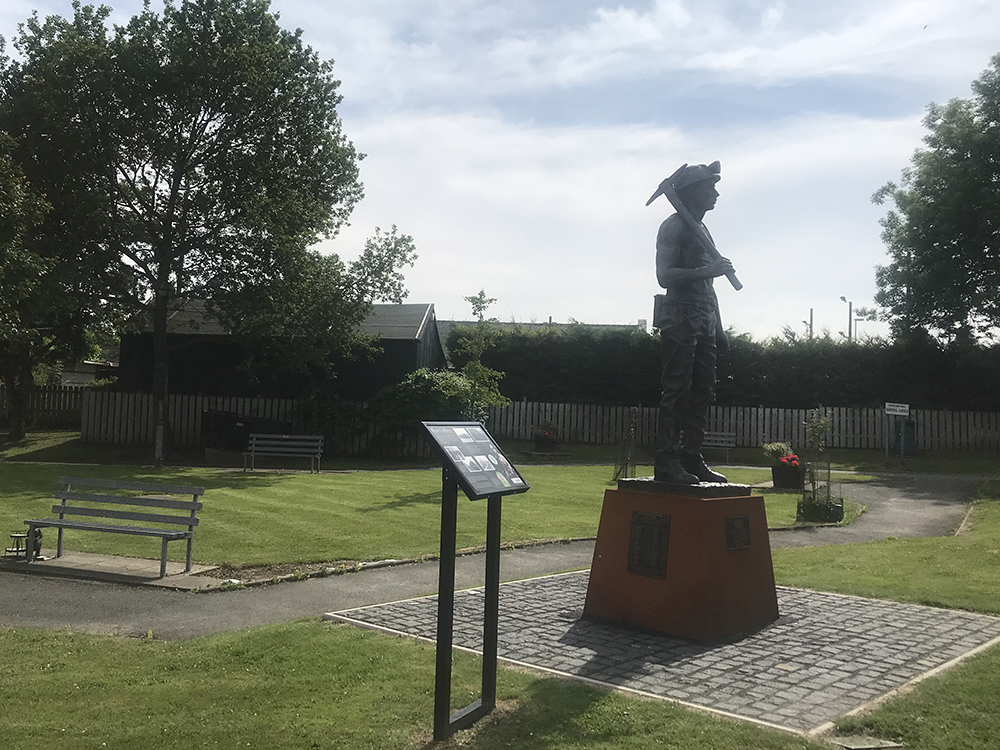 Ridgway are proud to have played a part in the final phase of ‘The Miner of the 60’s’ site with the unveiling of the new plaques and storyboard.

Bronze plaques have now been placed beneath the sculpture. One plaque lists the names of those who sadly died whilst working in the mine whilst the others tell the story of the history of the colliery and why and how the statue of this Miner came to be.

The Ifton Colliery played a huge part in the history of St Martins and the surrounding area, at one time employing some 1,300 men and mining about 400 tonnes of coal a day before it finally closed in November 1968.

The statue stands in the Miners’ Memorial Garden looking towards the old site of the Ifton Colliery and depicts a 1960s miner to commemorate the area’s mining roots. The statue was unveiled in November 2018 to mark 50 years since the closure of the colliery.

Back in 2018, Ridgway directors were approached by the committee to fund a storyboard to tell the story behind the Miners’ Statue in more detail for locals and visitors alike to enjoy for years to come.

We were only too happy to support such a touching tribute and so this became a joint project between Ridgway Rentals & St Martins School.

Pupils of the school started work on it in 2018 and today we see the completed storyboard, framed and mounted and placed next to the bronze Miner statue in the Miners’ Memorial Garden for all to read.

We were delighted to have played a significant role in this project and to be invited to reveal the completed storyboard at the ceremony on Saturday 12th June this year.

It was such a wonderful day for the village, with The Colliery Band playing and speeches welcoming everyone with an explanation of the reason behind the bronze Miner. 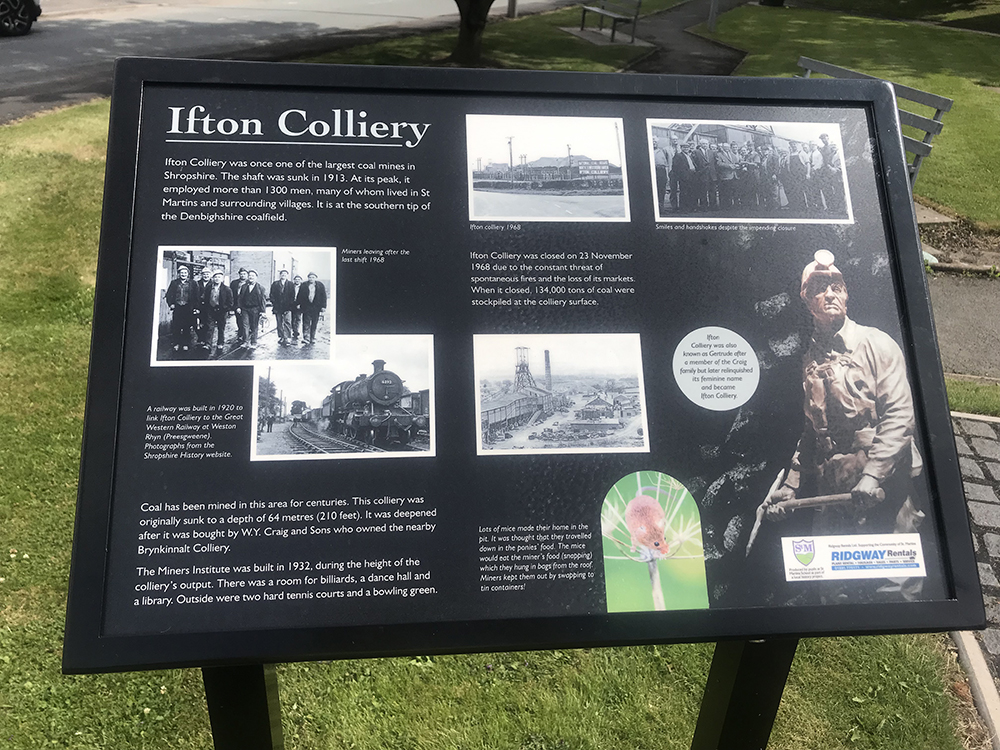 We hope that the statue and storyboard will serve as a fitting memorial to remind local people, visitors and future generations of the Ifton Colliery and the important part it played in St Martins.

Ridgway’s yard & head office is located on the site of the old Colliery Brickworks, next to what is now the Ifton Industrial Estate.